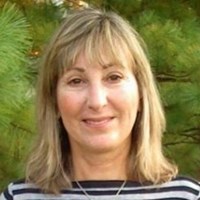 Vietnam stands out in my mind for many reasons, but it was the people I came in contact with you that made the biggest impression. Most are Buddhist, and while many are poor, you never see begging and they seem at peace and happy with their lot. I was also surprised at how much they like Americans. When you travel around and see the destruction of the Vietnam War, it is surprising that they hold no ill feelings.

I arranged this trip for myself, my husband and four other couples using my trusted on-site vendors. We wanted to connect with local people and learn as much as possible, so we hired private guides in each area we visited. One of the surprises was how diverse a country Vietnam is.

In the north, especially in Hanoi, the French influence is quite visible. The food has rich sauces and seasonings and the buildings with their fancy stone work and big boulevards can feel almost like the Champs Elysees. We visited Ho Chi Minh's house and learned that the city’s history dates back thousands of years, but most of the historic buildings still standing date to the French colonial period.

The countryside in the north is also quite beautiful. At Halong Bay, we traveled on a small boat around the beautiful islands that rise from the bay, many taller than they are wide, and saw people living on primitive houseboats.

Also eye-opening was seeing people working in rice paddies that are terraced into the mountainsides. It was fascinating to see how they controlled the flow of water so paddies would get just the right amount of water without being flooded.

Heading south, we visited Hoi An, a great town for crafts such as textiles, handmade lanterns and quality tailored silk clothing. At Hoi An Silk Village, you can see silk still made the traditional way on wooden looms. We also visited China Beach, where American soldiers once went for R&R, now a popular tourist spot with sleek hotels, and the tunnels of Cu Chi, a network of inter-connecting tunnels built by the Viet Cong that had living quarters, hospitals, food and weapons.

One of things that made this trip special was that all of us were open to trying new experiences. For example, we saw a sign at the concierge desk at the Sofitel Metropol in Hanoi about a tour of the hotel’s bomb shelter where guests, including Jane Fonda and Joan Baez, had retreated to during the war and it was quite interesting. And when we heard about a night food tour of Hanoi on mopeds, we were in! We each rode behind a driver who whisked us around streets and back alleys thick with mopeds. It was so cool to be in the melee and then stop for shrimp here, and some platter of weird sea creatures there. Every client I’ve sent since has loved it!