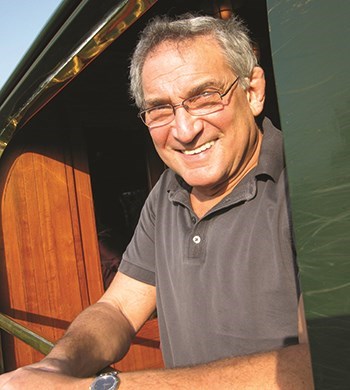 Wedged along the South Atlantic coast between Brazil and Argentina, Uruguay is Old World charm and New World excitement. Its economy has been buoyed up by tons of investment by Argentinians, both in its capital, Montevideo and beyond. As a result, Uruguay had some surprisingly sophisticated destinations, each with unique charms. Plus, since it is in the Southern Hemisphere, it’s a great place to seek summer sun during long northern U.S. winters.

One of my personal favorite spots is Jose Ignacio. It’s a fishing village that feels like an upscale Montauk combined with a creative East Hampton creative vibe. The food is spectacular, and there are several terrific small hotels. Its beaches, both river and ocean, are lovely. Nearby La Barra also has laid-back charm.

Along the same coast, Punta del Este’s high-rise hotels draw a high-energy clientele. The apartment lifestyle is reminiscent of Miami, with lots of nightlife and beach activity, and a new Trump Tower apartment building there recently opened there.

Even the roads are interesting. A Maserati might go racing past a man loading garbage onto a pushcart while a horse pulling a wagon loaded with sugarcane might slowly roll past a magnificent small resort that no one here has ever heard of.

I never miss a chance to visit Garzón, a fascinating town that has been remade by Argentinean celebrity chef and restaurateur Francis Mallmann. Fifteen years ago, this was pretty much a ghost town. It had a central square with fifty houses and stray dogs running around and a few eateries. Today, there are Michelin star restaurants, an art gallery, and a hotel owned by Mallman.  A revived town offers housing for workers, and nearby, there are active vineyards.  But he’s kept it very quaint. The roads aren’t paved roads; there are no cell towers or electricity, and driving directions might be something like, “turn left at the cow pasture.”

Carmelo is another of my favorite spots. It is totally laid back, yet the food is spectacular, and there are several great boutique places to stay. Here, you might watch a game of polo, play golf or go for a tasting at one of the fine wineries in the surrounding countryside.

Uruguay is a bit off-the-beaten-track for most Americans, but those in the know appreciate its easy-going sophistication and first world infrastructure. It’s one of those hidden treasures I love to return to again and again!