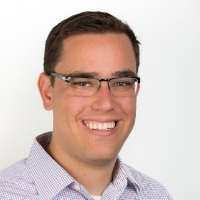 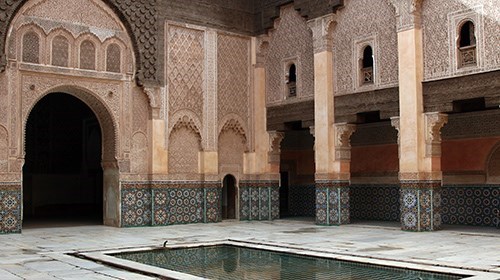 Jewish people have a long history in Morocco, and as I explored Morocco, I explored many Jewish cultural sites along with everything else this exotic country has to offer.

My trip started in Casablanca, where I toured the impressive Mosque Hassan II. Completed in 1993, it is one of the largest mosques in the world, and one of the few in Morocco open to non-Muslims. Its iconic, meticulously hand-carved 60-story minaret is topped by a laser that points towards Mecca and it sits on a rocky outcropping by the sea.

Casablanca is also home to the only Jewish museum in a Muslim country, the Museum of Moroccan Judaism. It offers a great introduction to the fascinating history of the Jews in Morocco, where they once lived in walled “mellahs,” or Jewish quarters.

My next stop was Fes, a center of scholarship and trade for over 1200 years. Its Jewish community dates back more than 2000 years and the famous medieval Jewish scholar Maimonides called the city home. Its medina, or market, is a UNESCO World Heritage Site and a great place to take in the scents and rhythms of Morocco’s cultural capital.

One of the highlights of my trip was a stay at Kasbah Tamadot, Richard Branson’s retreat in the High Atlas Mountains, where I took a guided hike through the mountains and enjoyed a Moroccan massage in the hammam.

About 40 minutes away by car in Ourika Valley, I visited the five-hundred-year-old Tomb of Tzaddik Rabbi Shlomo Ben Lhans Hansey. Rabbi Shlomo is said to have traveled to Morocco from the Holy Land and performed miracles, and his tomb is the object of an annual pilgrimage for Jews of Moroccan descent from all over the world.

My last stop was Marrakech, rightfully known for its stunning Moorish architecture. Here I stayed at Villa des Orangers, a Relais & Chateaux inn. Located within the old city walls, the inn is built around a series of courtyards. From here, I took a day trip that included a camel trek through the Desert d’Agafay and a traditional dinner in a Berber tent.

Since my trip, I have sent a number of clients to Morocco, including a family interested in Jewish heritage. Whether you are drawn to Morocco by a specific interest or simply want to experience its exotic culture, I would love to put my contacts and experience to work to ensure you experience the best it has to offer.