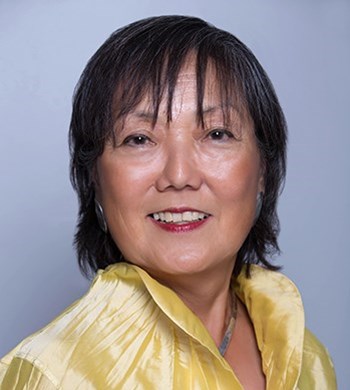 Some think of aging as decline; I think of it as growth. I was a normal person, not particularly fit or disciplined about fitness, and not trying to push my physical limits. Then, at the age of 46, I had an experience that changed my life. I have always enjoyed hiking. I had done several soft adventure climbs and was planning to join a hike to the high camp for Mount Everest. Sherpas would be carrying our bags and setting up our camps, but still, it would be strenuous to hike to an altitude of 20,000 feet.

The person planning our Mount Everest climb suggested I join a “soft adventure” conditioning weekend climbing Mount Rainier with RMI (Rainier Mountaineering Inc). No experience or fitness level was required, so it sounded like a great idea. The weekend starts with snow school where you learn to use an ice axe, crampons, and ropes and to handle yourself in perilous situations. If you flunk the training, they deny you the climb for safety reasons. After I saw how rigorous this would be, I prayed that they would flunk me. Three participants flunked out but I passed and the leader persuaded me that I was able to handle the climb. However, Mount Rainier is a serious, glaciated peak that requires real mountaineering skill. During the climb, I found myself in an extremely challenging situation. In rising to the challenge, I realized I had powers I had not ever thought about.

It was a major turning point for me. Climbing Mount Ranier gave me the confidence and motivation to climb higher mountains and I began running marathons. No longer was I normal in the sense that American society defines women—and especially women of a certain age. Now, decades later, I have climbed most of the world’s most challenging and awe-inspiring mountains, including McKinley, Shasta, Popocatepetl, Mont Blanc, and Mt. Fuji. I am currently collecting State high points. Plus, I have run nearly 250 marathons including one in every U.S. state and Washington D.C., plus 19 in Italy, and 6 in Japan.

Marathons and mountain climbing are my way of disrupting aging. I feel younger now than ever. My life changed for the better because a friend suggested a mountaineering training that stretched me beyond what I thought possible.

Stretching your limits is invigorating and can take many forms; it does not have to be as extreme and physical as mountain-climbing. The key is to do something a bit out of your comfort zone. It may seem scary but with the right tools, guidance, and support, you can do it, and the act of doing something you never thought yourself capable of can be life-changing. Whether it is staying in a Buddhist temple in Japan and living the Zen life for a day or hiking from village to village in the Italian Alps, I can suggest adventures that may change the way you travel and think about yourself.