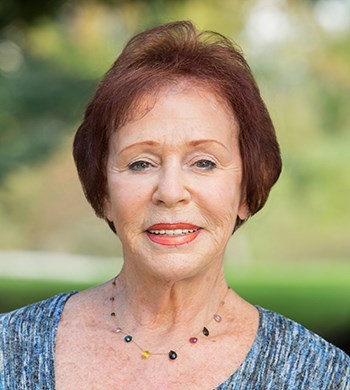 The Natural Wonders of Iceland

A few years ago my clients started asking about Iceland, so I decided it was time to visit. Soon after I arrived, I understood the buzz Iceland has been getting, and I have been sending couples and families there ever since.

The food is amazing. When is the last time you ate whale? They raise sheep, so the lamb is delicious. And while a lot of veggies and fruits are flown here, there are hydroponic farms. Another thing is that the country is 100 percent clean. The water comes from springs, and indoor heating comes from natural thermal sources. In fact, you can bake bread by burying it in the ground.

The thermal waters are also one of Iceland’s unique, indulgent pleasures. The most famous thermal baths are at Blue Lagoon, but there are others around the island. Depending on your flights, the Blue Lagoon makes a perfect first or last stop as it is situated between the airport and Reykjavik, the capital. For those returning home on the 5 p.m. flight to New York, a last day at the Blue Lagoon is the perfect ending to an incredible journey. You can soak in the hot springs, get massages and return home fully relaxed!

Iceland is much more than a vacation where you sip piña coladas and lie by a pool though; it offers a very different kind of cultural experience. In school, Americans learn about the Spanish Inquisition and the European wars and royal families, but Iceland is rarely mentioned.  At museums and on tours, I was amazed to learn that Iceland has the oldest, ongoing representative parliament in the world and the first Vikings settled here in around 800 A.D.

I stayed at the four-star Radisson Hotel 1919, Reykjavik, which is within walking distance of many city attractions and its vibrant nightlife. It was one of two four-star hotels when I visited, although now there are additional upscale choices.

Outside the city, the scenery is astounding. You can explore the island in a series of day trips. You can helicopter right into a volcano, go snowmobiling through the wilderness, and hike along frozen lava flows.

My husband and I took the Golden Circle route, which I highly recommend. You really get a picture of how volcanoes formed this land. We went through areas where the lava had split creating a gorge that you can walk through, feeling dwarfed by the lava on either side. There are also spectacular waterfalls, big stretches of lava fields and awe-inspiring geysers.

Something else unique to Iceland is its horses, as I learned at a horse show and demonstration. We were told that Icelandic horses are the only purebred breed in the world. To maintain that, if a horse leaves Iceland, it is not allowed to return. Unlike most horses, Icelandic horses have six gaits, and that means the ride can be so fast and smooth that you can hold a cup of coffee and the liquid won’t move. I actually had a chance to try that, and I can assure you it’s true.

If Iceland is one of your dream destinations, I’d love to help make your trip a reality.