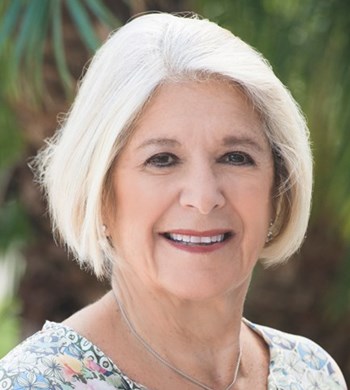 An Active Cruise in French Polynesia

One of my favorite trips was a cruise I took with my husband through Tahiti and French Polynesia with Paul Gauguin Cruises. We love everything about cruising. There’s the excitement of being at sea and of visiting new places. At the same time, the routine of the ship is very relaxing. It’s great to know your next meal is there without any planning or effort. And most important, you don’t have the inconvenience of packing and unpacking and the stress of going through airports and transfers.

It’s an especially nice way to explore a country like French Polynesia because you can sail from island to island. Plus, hotels and food can be expensive there, and on the ship, almost everything is included. The food was gourmet French cuisine, using local fish and produce served with nice French wines, so every meal was an experience. And my husband loved that the dress is casual and the service is informal and friendly but first-rate. The ship’s crew to guest ratio is among the highest in the industry.

The ship only carries 332 passengers. That’s nice for two reasons. First, when we come to an island, we don’t take it over. And second, it’s small enough to feel exclusive. You quickly get to know your fellow passengers, and there’s a nice intimate feeling.

The ship was specifically designed for the waters around French Polynesia. Rather than feeling insulated from the islands, we felt immersed in them. They bring local entertainers on board who do traditional dances and naturalists, and other special guests talk about the geology and culture of the islands. One evening, they brought a group of children on board who put on a delightful show of Polynesian dancing and singing.

Another memorable experience was a beach party. The ship anchored in a cove and the crew brought large floating trays into the water with food and drinks. Beach chairs and towels were set out for us on the beach. There was music playing, and it created a wonderful ambiance.

We stopped at several lovely beaches, and the ship has an onboard watersports marina with all kinds of water toys. You can learn to scuba dive if you don’t already know how, but the snorkeling was enough for us, and it was spectacular.

We also went on a large four-wheel drive tour across Moorea, and the vistas from the mountain peaks were a feast for the eyes. And on Bora Bora, we took wave runners around the island and then ended up at Bloody Mary’s Restaurant and Bar, whose famous guest list looks like a Hollywood Who’s Who.

My husband said it was our best trip ever. I’ve since sent many clients, from young honeymooners to couples celebrating their 50th anniversary. It’s very romantic, and everyone loves it. In fact, some have taken that cruise more than once!