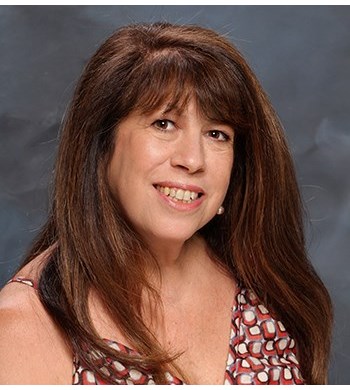 The Excitement of an African Safari

There is nothing like going on safari in Africa. Being are out with the animals, seeing them in their native habitats, living the way they were meant to live is a very moving experience. Almost everyone says it changes the way they see the world. It certainly has been that way for my family and me.

Imagine being on an evening game drive. Your ranger/guide asks what kind of animal you want to see. You say “lions.” He drives for a short while and then stops. It is pitch black. He shines a light, and you see a lion lying down, not 12 feet from you. The lion gets up, looks you in the eye and then starts roaring. Of course, when it comes to wildlife, nothing is predictable, but that was our lion encounter when we stayed at Tintswalo Safari Lodge in South Africa. We could feel the raw power of that lion. It was spine-tingling. The lion wasn’t acting aggressive, but we were in an open vehicle, and I thought that we should leave. I said nothing. A second lion came, and then the lions did what I could only describe as hugging each other. The ranger later explained that the lions were brothers and the roaring we heard was actually a call. The ranger filmed it all, and I often send people a link to that clip on his website.

Safari lodges come in many styles. My sons were excited to stay in a tent, but there are also hotel style accommodations as well as sumptuous private cottages, luxury lodges and tree houses. Many have private terraces where you might sip wine as you watch the parade of wildlife heading to the watering hole.

I’ve traveled to Kenya, Tanzania, Zambia, Zimbabwe, and South Africa, and all are wonderful. In Tanzania, the numbers of animals are beyond imagination. Thousands of zebras, endless herds of wildebeests and much more. It’s probably the best place for animal viewing, and you can top off your safari with some beach time in Zanzibar.

South Africa has more intimate wildlife viewing. What it lacks in quantity, you get back in luxury and intimacy. You’ll have great wines and gourmet meals. Plus, after your safari, you can explore South Africa’s other attractions. Cape Town is a fascinating city and a great place to learn about the struggle against Apartheid. It’s also a gateway to South Africa’s wine country as well as a lovely day trip to a beach where you can come eye-to-eye with adorable penguins.

Africa offers many once-in-a-lifetime experiences. For my sons, it was Devil’s Pool at Victoria Falls. You go with a guide and have to be brave because you are jumping into a current that takes you to the ultimate infinity pool at the edge of a cliff. Whether you want to see lions in the wild, watch a herd of wildebeests thunder across the plains, or follow the Cape Wine Route for a tasting tour of South Africa’s famed wine regions, I can create the Africa journey of your dreams!

39 of 69 people found this review helpful

Every trip was the best trip ever!

Reviewed By Joan - NY | Traveled to Alaska ~ USA
Erica is the best travel agent . I have used her for years for every part of my travel needs ! She gets what you are looking for and the level of travel, service and food etc !
I would recommend this agent to my family and friends
Was this review helpful to you? YES | NO
37 of 68 people found this review helpful

Trips to rave about forever!

Reviewed By Jnet - Thornwood, NY | Traveled to Italy ~ Europe
Erica is fantastic! She planned multiple trips for us with each one better than the one before. She listens to what we want the anticipated needs we didn’t realize were important. Extra personal touches were provided at every step. We have recommended her to friends who love her too.
I would recommend this agent to my family and friends
Was this review helpful to you? YES | NO